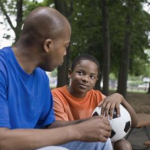 I’d like to make the case make for intentional mentoring in all youth settings, but let’s start with a an example from youth sports. The National Council on Youth Sports estimates that more than 45 million youth between 8 and 19 participate in some form of youth sports each year, making it one of the most common extracurricular activities. Young people cite a number of reasons for their participation, including fitness, the desire to have fun and spend time with friends, and the opportunity to learn new skills (Butcher Linder & Johns, 2012). Despite this, over a third of students discontinue their participation in a given sport each year. This attrition represents lost opportunities for skill advancement and positive youth development. According to Butcher et al, (2002), two of the four most common reasons for discontinuing include lack of enjoyment and too much pressure to perform well. It thus seems reasonable to assume that the youth’s connections to and interactions with their coaches can play in a major role in decisions to continue participation. They can also play an important role in advancing educational outcomes. Indeed, in a recent analysis of a large, (N > 7K students)  longitudinal data set (Add Health), we found that youth who nominated coaches as their mentor (nearly 5% of the sample), were more likely to graduate from high school and college, even after controlling for a range of baseline factors (including sports participation, baseline academic functioning, income, race, and gender), these coach-athlete connections were related to both high school and college graduation. Unfortunately, youth with low socioeconomic status (SES) were significantly less likely to nominate coach mentors. This suggests that, for many youth, a coach can be an important lever of long-term educational and career benefits, but that this resource is not evenly distributed. Indeed, a recent Massachusetts Interscholastic Athletic Association’s annual report indicated that students’ participation in athletics in Massachusetts’ 10 poorest communities is 43% below the state average while those in the wealthiest communities participated at a rate that 32% above the state average.

To better understand the coach-youth relationship and how we might make it more available to all youth, researchers Ron Smith and Frank Smoll identified practices that increase players’ enjoyment, build competence, and keep them playing the sport. In particular, they observed 70 male youth baseball coaches, painstakingly coding more than 80,000 of their behaviors. (The typical coach engages in over 200 “codeable” behaviors during an average game. Not surprisingly, youth who felt better about themselves, the team, and the sport when they played for coaches who were generous in praise; responded to mistakes with encouragement and sound technical instruction; and who emphasized teamwork, fun, and improvement. Importantly, the researchers also found that 95 percent of children who played for coaches who had been trained in these positive behaviors returned to the same sports program the following seasons. Likewise, Hodges and Franks (2002) have cited considerable evidence that supports the use of positive feedback and detailed instruction in encouraging student’s enjoyment and sense of pride.

Caring adult-youth relationships have never been the sole province of mentoring programs. Indeed, although not fully appreciated, after-school programs, summer camps, competitive sports teams, youth arts and STEM programs and other settings represent rich contexts for the formation of strong intergenerational ties.  Coaches and other adults in these settings are often afforded ongoing opportunities to engage youth in the sorts of informal conversations and enjoyable activities that can give rise to close bonds. Of course, a youth’s involvement on a team or in a given program is no guarantee that close mentoring relationships will form. The term mentoring is generally reserved for special intergenerational bonds of mutual commitment, respect, identification, and loyalty—and the imbalanced ratio, multiple demands, and inevitable staff turnover can sometimes conspire against the formation of close individual ties. Nonetheless, many youth actually prefer and benefit from the group context in which caring adults are available but not necessarily assigned to them individually. Thus, even the less intensive intergenerational relationships available to the larger proportion of youth, training on the best practice in mentoring is likely to yield a range of developmental benefits.

Yet, in the absence of an intentional approach and training in evidence-based practices, the potential of staff to forge meaningful connections with youth may not be fully realized. Findings of a recent meta-analysis, as well as a growing body of peer-reviewed research, point toward particular practices that can dramatically raise (and in some cases double) the effects of youth mentoring. Likewise, researchers have identified factors that lead to higher quality youth-adult relationships, including mutual respect, trust, empathy, and effective conflict resolution. Adults in such settings should also be able to demonstrate appreciation of salient socioeconomic and cultural influences in the youth’s life. Staff who are not trained on the realities of youth development and effective relationship building may squander important “mentoring moments.” More generally, research has suggested that difficulties in adult-youth relationship in youth settings can arise from three major failings: the misuse of power (e.g., humiliation); inappropriate boundaries, (e.g., breaching confidentiality); and communication breakdowns (e.g., breaking commitments). With training, those problems can be prevented.

Even coaches and other youth workers who are fully aware of their potential role, and are intuitively adept at forging ties, can benefit from training and support around relationship development. Unfortunately, because mentoring is typically seen as an important byproduct, but not central component of many youth worker’s roles, staff are rarely provided with in-depth training. Years of research in the laboratory of youth mentoring has shown us what it takes to build strong adult-youth ties. It’s time to share this knowledge with adults who are working with our nation’s children everywhere. 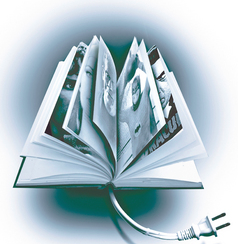