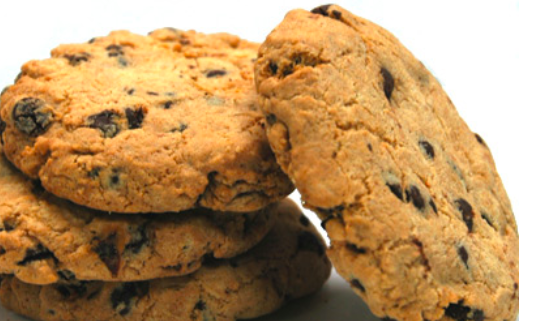 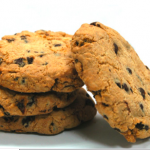 Here’s a story for graduation season. A few years ago, I had the opportunity to attend a commencement address at Princeton University. The speaker, writer Michael Lewis, described a study in which researchers divided UC Berkeley students into teams of three, separated by sex. Teams were tasked with solving a moral problem or social issue with one person per team being randomly assigned as the “leader.” After thirty minutes, teams were interrupted and provided with a plate of four cookies. Each participant took one cookie, leaving just one left over for someone to take. Without fail, participants who were randomly ascribed “leader” were more likely to grab that second cookie. Unsurprisingly, the results also revealed an effect of gender—male participants tended to eat in more disinhibited ways than women, consistent with societal views on gender privilege and power. As Lewis describes:

With incredible consistency the person arbitrarily appointed leader of the group grabbed the fourth cookie and ate it. Not only ate it, but ate it with gusto: lips smacking, mouth open, drool at the corners of their mouths. In the end all that was left of the extra cookie were crumbs on the leader’s shirt. This leader had performed no special task. He had no special virtue. He’d been chosen at random, 30 minutes earlier. His status was nothing but luck. But it still left him with the sense that the cookie should be his.

Lewis then turned to the Princeton graduates with this compelling message:

In a general sort of way you have been appointed the leader of the group. Your appointment may not be entirely arbitrary. But you must sense its arbitrary aspect: you are the lucky few. Lucky in your parents, lucky in your country, lucky that a place like Princeton exists that can take in lucky people, introduce them to other lucky people, and increase their chances of becoming even luckier. Lucky that you live in the richest society the world has ever seen, in a time when no one actually expects you to sacrifice your interests to anything. All of you have been faced with the extra cookie. All of you will be faced with many more of them. In time you will find it easy to assume that you deserve the extra cookie. For all I know, you may. But you’ll be happier, and the world will be better off, if you at least pretend that you don’t.

It is only on such rare occasions that the winners of life’s lottery are asked to step back and acknowledge both the depth and luck of their unearned privilege. It’s easy to take good fortune for granted, and to assume that the privilege of having a natural mentor who opens doors to amazing opportunities is earned when, in fact, there is so much luck involved. And, while each opportunity in isolation may seem inconsequential, their cumulative impact strengthens a system that further disadvantages already marginalized youth. As income inequality increases, it has sharply limited social mobility for the bottom 90%. And, left unchecked, the distribution of natural mentors will bend toward perpetuating, rather than redressing, inequality.

Public support for more equitable education and for extracurricular opportunities, such as sports, science and technology, and arts programs, can help connect youth to caring adults.  It is also essential that youth are equipped with the skills and confidence necessary to reach out and form relationships with caring adults. Past research has shown that navigating relationships and seeking support in schools, colleges or workplaces can be particularly difficult for young adults from low-income and minority backgrounds. Fortunately, a growing number of innovative programs have emerged that successfully target the social fragmentation and isolation that affects so many communities. The approaches involve both teaching youth to “fish” for mentors (i.e., to recruit natural mentors) and “stocking the pond” (i.e., expanding the availability of high-social capital adults in their lives).

In an approach called youth-initiated mentoring (Schwartz, et al., 2018) , young people are taught the skills for how to identify and then recruit adults to serve as their mentors. This model has been successfully deployed for over a decade through the National Guard Youth Challenge Program, an intensive quasi-military program for adolescents who dropped out of high school. In an extension of this approach, a program called Connected Scholars actively supports high-school and college students in cultivating a network of supportive adults, rather than a single mentoring relationship. These programs start by convincing young people of the value of natural mentors and then spell out the precise steps necessary to build supportive networks. Compared to incoming college students who were provided only with information, similar students who were assigned to an intervention in which they learned how to recruit support showed more improvements and better outcomes one year later. Although the groups were similar at baseline, those in the Connected Scholars intervention had stronger ties with faculty members, higher grade point averages, and less help avoidance at the end of their freshman year. Another networking approach, Project DREAM, helps middle schoolers choose a non-parental adult to attend skills-building workshops with them. Other programs connect older youth aging out of (or at risk for entering) the foster care system with caring, non-parental adults who are already in their lives. Most recently, researchers showed that suicidal youth who learned to recruit caring adults had lower levels of mortality nearly fifteen year later than their counterparts who did not.

Of course, the onus for finding caring adults need not rest solely with youth. Adults in school, extracurricular, juvenile justice, work, and other settings are often afforded many opportunities to mentor youth. But, in the absence of an intentional approach, this potential is not always realized. A range of factors, from frequent staff turnover to fears of being accused of acting inappropriately, can dampen adults’ willingness to build strong intergenerational relationships. Retired adults, a potentially important legion of social capital, are provided with remarkably few opportunities to interact with unrelated young people. Currently, nearly a third of adults over fifty-five live in communities that are entirely or mostly comprised of people their age, and more than 90% of people over sixty report that they never discuss “important matters” with non-family members under thirty-six. Yet, with adults over fifty outnumbering youth under eighteen for the first time in American history, this segregation by age means lost opportunities for mutually beneficial natural mentoring relationships. Finding meaningful ways to connect for adults to connect with youth will help stock the pond.