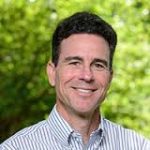 This week we sat down with Jefferson Singer, Faulk Foundation Professor of Psychology and Dean of the College at Connecticut College. Dean Singer has been serving as a faculty mentor and now director of the Connecticut College chapter of the Posse Scholar program for several years. Since 1989, the nationwide Posse Foundation has identified “public high school students with extraordinary academic and leadership potential who may be overlooked by traditional college selection processes. Posse extends to these students the opportunity to pursue personal and academic excellence by placing them in supportive, multicultural teams—Posses—of 10 students. Posse partner colleges and universities award Posse Scholars four-year, full-tuition leadership scholarships.” We spoke briefly with Dean Singer about his experiences with the program and the impacts it has had on Connecticut College’s campus and academic culture.

Chronicle (C): What is the Posse Scholar Program?

Jefferson Singer (JS): The Posse Scholar program is a national, leadership-oriented program that is primarily based in urban areas around the country. The program’s founder, Deborah Bial, was inspired by students from urban settings who felt that their biggest challenges in college were faced alone. They missed their “posse,” their friends and social network.

The Posse Scholar program brings talented high school seniors, grouped regionally, together for the latter half of their senior year to prepare for college. The program itself is very competitive, with over 17,000 students applying and 700 selected to enroll. Students are grouped regionally and with nine to ten other Posse scholars. In addition, each posse cohort will attend the same college or university together.

Once they’ve been selected, the students meet once per week with their group, or “posse,” and a Posse Scholar trainer for the second half of their academic year. In July, the scholars go on a retreat with the faculty member who will serve as their mentor once they arrive on campus. In August, the scholars arrive early to meet with their mentor again and prepare for the start of their freshman year. For the next two years, scholars will meet with their mentors in weekly group meetings, and bi-weekly individual meetings. Their Posse trainers visit campus once a semester to check in, and there is a yearly retreat where scholars are encouraged to invite a friend who is not a member of the program. Once the two years have passed, the meetings with the faculty mentor continue, although there is no longer a formal structure to the timing.

I really want to emphasize that the ethos of the Posse Scholar program is one of looking beyond yourself. Your success is tied to your fellow scholars’ success, and that success carries over into the college campus, as well as the broader communities these scholars enter once they’ve graduated.

C: How did you get involved in the Posse Scholar program at Connecticut College?

JS: The program just recently started at Connecticut College in 2009. Prior to that, I was always involved with advising large numbers of students who were members of underserved and underrepresented groups. That also included working in groups on campus and developing curriculum that connected to underrepresented groups. Because of that, the transition into the Posse Scholar program was a natural extension of my work and commitment to engagement with these groups.

C: Would you say that the Posse Scholar program has had an impact on the campus community at Connecticut College?

JS: Absolutely. There has been a great deal of involvement in leadership positions on campus by students in the program. In fact, a Posse Scholar was just recently elected to be the college’s Young Alumni Trustee. The program also presses faculty to be aware of the barriers for underrepresented students to fully participating in the academic and programmatic offerings on campus.

C: What would you say are some of the difficulties faced by students that the Posse Scholar program can help address?

JS: I would say that there are a number of difficulties on multiple levels. For example, a lot of the students in the Posse Scholar program are first generation, and this program does a good job of helping them adjust to the campus culture and create more awareness around the academic and cultural resources they have available to them. Their program cohort and advisor provide an anchoring support with a group who shares their experiences and a faculty member specifically devoted to their success.

C: How would you describe the effect that participation in the Posse Scholar program has had on the faculty mentors?

JS: The program has affected us profoundly; it’s been a transformative experience. We are challenged to think holistically about our students, taking more into account than just their academic progress and success. We are confronted with the integration of the emotional, physical, social, and academic in a way that is new to many of us. It’s also demonstrated the importance of addressing holistic issues in order to improve academic outcomes. It’s a posse lens approach: what’s going on with you? What’s going on with your peers? How are things academically?

In more practical ways, the training you receive as a Posse Scholar mentor helps you recognize that their experiences in college don’t end at the classroom. Being able to take advantage of health, academic, social, and financial opportunities and resources are also a huge part of the college experience. You are reminded that academic advising, which is important, is such a small part of these young people’s time on campus. 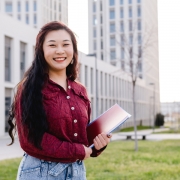