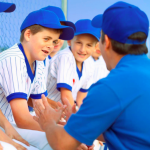 Click above to listen to Mentoring U’s Micheline Mann engage in a lively conversation with Program Director of an innovative coaching program, Project Coach.

This week, we introduce a new podcast that explores a great program, Project Coach, which uses an innovative “cascading mentoring” model to engage students as both coaches and mentees. Mentoring U’s Micheline Mann engages in a lively conversation with Jo Glading-DiLorenzo, Program Director. We will be exploring this and other exemplary programs in the months ahead–talking to leaders and innovators about the great work that they do.

A few people, and a few experiences, simply refuse to be trivialized by time. There are teachers with a rare ability to enter a child’s mind; it’s as if their ability to get there at all gives them the right to stay forever. I’d once had such a teacher. His name was Billy Fitzgerald, but everybody just called him Coach Fitz. Michael Lewis, in Coach

Youth sports play a major role in the lives of our nation’s young people. The National Council on Youth Sports (NCYS, 2008) estimates that more than 35 million youth between 8 and 19 participate in some form of youth sports each year, representing 66% of boys and 35% of girls in the U.S. Young people cite a number of reasons for their participation, including fitness, the desire to have fun and spend time with friends, and the opportunity to learn new skills (Butcher Linder & Johns, 2002). Despite this participation, over a third of students discontinue their participation in a given sport each year. This attrition represents lost opportunities for skill advancement and positive youth development. According to Butcher et al, (2002), two of the four most common reasons for discontinuing include

It thus seems reasonable to assume that the youth’s connections to and interactions with their coaches can play in a major role in decisions to continue participation.

Breaking it down: What do coaches do?

To better understand the coach-youth relationship, researchers Ron Smith and Frank Smoll identified practices that increase players’ enjoyment, build competence, and keep them playing the sport. In particular, they observed 70 male youth baseball coaches, painstakingly coding more than 80,000 of their behaviors. (The typical coach engages in over 200 “codeable” behaviors during an average game). Not surprisingly, youth who felt better about themselves, the team, and the sport when they played for coaches who were generous in praise; responded to mistakes with encouragement and sound technical instruction; and who emphasized teamwork, fun, and improvement. Importantly, the researchers also found that 95 percent of children who played for coaches who had been trained in these positive behaviors returned to the same sports program the following seasons. Likewise, Hodges and Franks (2002) have cited considerable empirical evidence that supports the use of positive feedback and detailed instruction in encouraging student’s enjoyment and sense of pride.

Drawing on the research and tools that have emerged from the field of mentoring is likely to prove useful in this regard. Although not fully appreciated, youth sports programs represent fertile ground for the formation of strong intergenerational ties. Adults in these settings are often afforded ongoing opportunities to engage youth in the sorts of informal conversations and enjoyable activities that can give rise to close bonds (Rhodes, 2004). Of course, involvement in sports program is no guarantee that close mentoring relationships will form. The term mentoring is generally reserved for special intergenerational bonds of mutual commitment, respect, identification, and loyalty—and the imbalanced ratio, multiple demands, and high turnover of coaching staff and youth conspire against the formation of close individual ties. As such, the proportion of youth-coach ties that progress into these more intensive relationships is likely to be relatively small. Nonetheless, many youth actually prefer and benefit from the team context in which caring adults are available but not necessarily assigned to them individually. Thus even the less intensive youth-coach relationships available to the larger proportion of youth, training on the best practice in coaching and mentoring is likely to yield a range of developmental benefits.

Findings of a recent meta-analysis, as well as a growing body of peer-reviewed research,point toward particular practices that can dramatically raise (and in some cases double) the effects of youth mentoring (DuBois, Portilla, Rhodes et al. (2012).[1] Likewise, researchers have identified factors that lead to higher quality youth-adult relationships, including mutual respect, trust, low conflict, and high satisfaction (Furman & Buhrmester, 1985). Coaches who openly display constructive emotions, particularly under difficult circumstances, actively model the process of using positive emotions effectively (Denham & Kochanoff, 2002; Spencer, 2007). In doing so, coaches can help youth broaden and build their personal resources and learn to approach negative experiences as opportunities for learning. Likewise, coaches require the ability to demonstrate appreciation of salient socioeconomic and cultural influences in the youth’s life (Hirsch, 2005). Coaches who are not trained on the realities of working with youth may experience disappointment and frustration with certain youth. Research has suggested that difficulties arise from three major failings: the misuse of power (e.g., humiliation), inappropriate boundaries, (e.g., breaching confidentiality), communication breakdowns (e.g., breaking commitments)

Unfortunately, many coaches remain unaware of their potential role as mentors and role models and rarely receive training. Most resources for volunteer coaches come in the form passive lists or fact sheets about general attitudes and communication, as opposed to the specific strategies.  And, although websites like the NCYS feature instructional videos on various topics, they are adhering unevenly to best practices (i.e., content is not theoretically or empirically substantiated), and none have been empirically tested.  Likewise, team and league management platforms like LeagueAthletics.com provide useful tools for the financial and administrative functions of volunteer coaching but no resources for the practice of youth coaching.

There is a need redress these gaps with the development of training for youth coaches that draw on the best practices in the fields of youth coaching and mentoring.One such program is Smith College’s Project Coach. Discussed here are this innovative, sports-based, outreach program’s origins and objectives. Founded in 2002, Project Coach is an outreach organization rooted in the North End community of Springfield, MA. Since its inception, Project Coach has trained, mentored, and coached almost 100 high school coaches, who have in turn led 1000+ young student athletes in organized sports leagues across five different schools.

Coaches are more than instructors and strategists. They can play a vital role in shaping a young person’s decision to continue in a sport, commitment to improvement, and identity. With training and support, the millions of men and women who volunteer to coach youth sports could be mindful about their position as role models and mentors and encourage players to, in the words of football coach Ara Parasheghian, “make his players see what they can be rather than what they are.”

Effective Are Mentoring Programs for Youth?: A Systematic Assessment of the 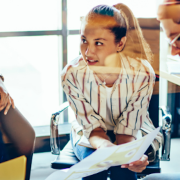 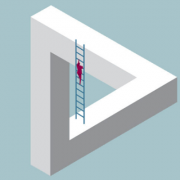 The mentoring paradox, and how to solve it