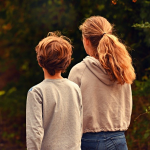 By Tara Kuther, Society for Research on Adolescence

Empathy is a trait that develops during adolescence. However, it seems that the course of development might be gender-specific.

Empathy, the capacity to take another person’s perspective and appreciate their emotion, is thought to increase over the course of adolescence with advances in cognition and emotion. Some evidence suggests that boys and girls diverge in their tendency to empathize, with girls showing more empathy as they progress through adolescence. To date, however, research on gender differences and patterns of empathy development during adolescence have been based on group comparisons and short multi-year samples, with mixed findings. Changes in the brain that accompany puberty may underlie advances in empathy. Specifically, the areas of the brain responsible for perspective-taking mature during adolescence. Neurological changes also underlie shifts in adolescents’ emotional processing, leading them to experience emotions more intensely.  Despite these findings linking pubertal timing with cognitive and affective change, no research has looked at the relation of pubertal development to empathy.

Van der Graff and colleagues examined empathy development and its relation with pubertal timing with a sample of 497 Dutch adolescents (283 boys and 214 girls) from four cities and surrounding areas in the Netherlands.  They assessed the teens annually from ages 13 to 18 as part of an ongoing longitudinal study.  Two aspects of empathy were measured at each of the six time points: perspective taking (“I try to look at everybody’s side of a disagreement before I make a decision.”) and empathic concern (“I often have tender, concerned feelings for people less fortunate than me.”). Pubertal status was measured four times (from ages 13 to 16) with a 4-item self-report scale.

Overall these results suggest that perspective taking and empathic concern develop over the course of adolescence. Parents, teachers, and others who work with adolescents can benefit from awareness that, although boys may show less concern about others and be less likely to help others during early and mid-adolescence, these changes are often temporary and a consequence of the dip in perspective taking and empathic concern that occurs in early to mid-adolescence. 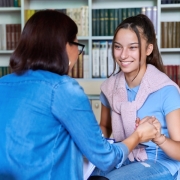 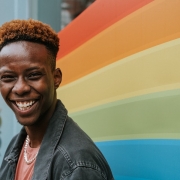 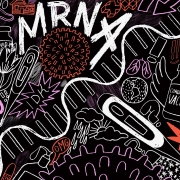 Teens Asked, We Answered: The Truth About COVID-19 Vaccines