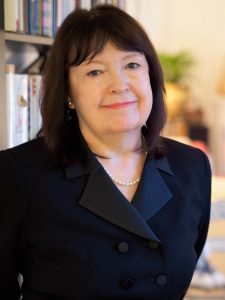 The recent troubling and nation changing event in Charlottesville, VA reminds us as advocates for the well-being of children, youth, and families that it is time to get  our positive perspectives tuned up for the fall legislative season slated to resume shortly.  Our work has been assigned new importance as we continue our discussions with legislators to promote policy and funding needs to support mentoring and youth development efforts throughout the country.  If readers of The Chronicle have not taken the opportunity to reach out to their senators and congressional representative during their recess, it isn’t too late to do so to message what is needed in your respective communities to sustain the work of ‘good angels.’

U.S. Senators Dick Durbin (D-IL) and Tammy Duckworth (D-IL) introduced the Mentoring to Succeed Act of 2017 on July 27, legislation that expands their joint efforts to reduce gun violence in Chicago and across the country.

This proposed legislation would amend the Carl D. Perkins and Technical Education Act of 2006 to give the Department of Education authority to award competitive grants to eligible entities to establish, expand, or support school-based mentoring programs to assist at-risk students in middle and high school.  The bill was referred to the Senate Health, Education, Labor, and Pensions Committee (HELP).

When introducing the bill, Senator Durbin noted that “research has shown that school-based mentoring programs can be an effective strategy to help at-risk students thrive in their schools, careers, and life.”  He went on to say that “the federal government has a duty to strengthen investments in school-based mentoring programs.”  The Mentoring to Succeed Act is endorsed by several entities including The City of Chicago, Youth Guidance, MENTOR/The National Mentoring Partnership, Big Brothers Big Sisters of America, National Disability Mentoring Coalition, and National CARES Mentoring Movement.

The Chronicle will provide an update on the status of the legislation in the September issue.  In the meantime, readers are encouraged to inform your U.S. senators and congressional representative about this bill.

What is the Policy on Solitary Confinement of Youth in Your State?

The Juvenile Law Center, the oldest public interest law firm for children in the United States, published a compelling report earlier this month that describes the current mosaic of policies around solitary confinement of youth offenders.  Unlocking Youth/Legal Strategies to End Solitary Confinement in Juvenile Facilities describes what is currently known about the varied practices that are in place; articulates recommendations to address much needed reforms; and provides a series of tools and resources to employ to move the needle on this critical issue.

Among the resources is the 2016 survey prepared by the Lowenstein Center for the Public Interest that provides each state’s laws and regulations governing the use of solitary confinement in juvenile correctional facilities.  It is a user-friendly guide to understanding the framework in different states.  https://wwwlowenstein.com/files/upload/51-Jurisdiction%20Survey%200%20Juvenile%20Solitary%20Confinement%20Rules.PDF.

The full report can be downloaded from the Juvenile Law Center’s website, www.jlc.org

Funding for the effort was, in part, made possible by a grant from the Annie E. Casey Foundation.  Earlier this year, The Annie E. Casey Foundation in partnership with the Pretrial Justice Institute launched a free online forum, JDAIconnect, to promote connections among juvenile justice reformers.  JDAIconnect can be accessed reformers who are outside the existing network of the Juvenile Detention Alternatives Initiative (JDAI) launched by the Anne E. Casey Foundation decades ago to reduce juvenile detention in 30 communities throughout the United States.  Register for the JDAIconnect Community at jdaiconnect.org.

In 2015 the newly installed President of the Oklahoma City Community College (OCCC), Jerry Steward, decided he wanted a program to help change the student demographic reflecting the challenges facing black males around their overall GPA.  At that time the GPA was 2.03.

Steward reached out to Bryon Dickens, a successful image consultant for professional men and women, and asked that he develop and launch a mentoring program for the black male students.  Though he had never had a job in this field, Dickens set out to improve academic achievement, retention and graduation rates and, prepare them to enter the workforce or transfer from OCCC to a four-year university.

Two years later, Steward said Dickens is transforming lives with the program – Students Connecting with Mentors for Success. “This guy is off-the-chart-good.”  Students in the SCMS program now have a GPA higher than the overall student body, above 3.0 for the past two semesters.  The program started with 15 students the first semester but has four times that now.  Jerry Steward maintains that this program “will have a dramatic effect on Oklahoma City.”

Perhaps readers of The Chronicle might think about approaching their local community colleges this fall to share the good news from Oklahoma City!

Wendy Berliner, Joint Executive of the Educational Media Centre, and Deborah Eyre, Founder and CEO of High Performance Learning, a global social enterprise helping good schools become great, have co-authored Great Minds and How to Grow Them.  Though written as a “handbook for parents that shows how they can grow the minds of their children and teenagers and guide them to success both at school and in life, this would be a value-add to the resources made available to mentors.

The book includes inspiring chapters on how to develop a good home learning environment; how to make the most of school; how to develop values, attitudes and attributes that are associated with success at school and in life; how to develop thinking and learning skills in the three ages of learning; and, how to tackle potentially tricky areas like homework and adolescence.

The book is published by Routledge/Taylor & Francis group.  Routledge titles are available as eBook editions in a variety of formats.  (www.routledge.com/education) 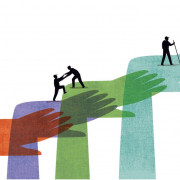 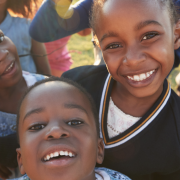 The Mentoring Effect for Black Youth