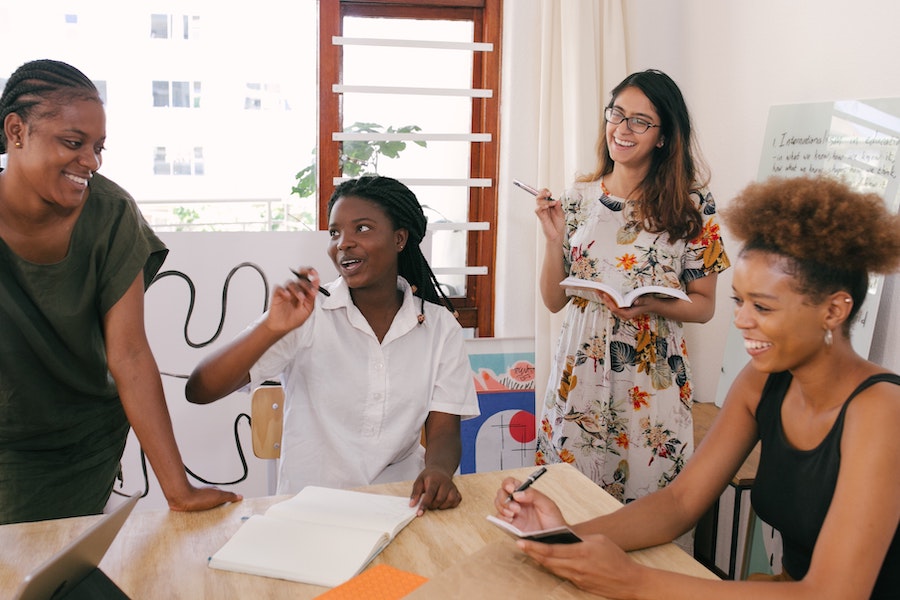 Group mentoring is an increasingly popular intervention, but is still under-studied. This article reports findings from a qualitative study of the Young Women Leaders Program (YWLP), a combined group and one-on-one mentoring program for early adolescent girls. Protégés (n = 113) were interviewed post-program about changes they made as a result of the program and mechanisms of those changes. Girls reported making changes in four major domains as a result of YWLP: (a) Academics (e.g., study habits), (b) Relational Development (e.g., trusting people), (c) Self-Regulation (e.g., thinking before acting), and (d) Self-Understanding (e.g., being yourself). Relational development and self-understanding were the most frequently reported types of change. Protégés reported mentors as contributing to changes in academics more often than the mentoring group. They reported the mentoring group as the change mechanism more often than mentors for relational development. Protégés reported the mentors and mentoring groups about equally as the mechanisms of change for self-regulation and self-understanding. The findings support prior research on group mentoring and suggest that social and relational skills are a developmental domain in which group-based mentoring programs for early adolescent girls may be particularly effective at intervening.

Our results suggest that, per Rhodes (2002, 2005) model of mentoring, a mentoring group can serve as a context in which relational processes that support individual development are fostered. Participation in the activities and multi-level (e.g., mentor-protégé, protégé-protégé) interpersonal interactions in the groups may promote individual development that girls transfer to contexts outside the group (Rogoff, 2003; Rogoff et al., 1995). The prevalence of reported changes in relational development, self-regulation, and self-understanding, and the less frequent mention of academic changes, differs from quantitative studies of YWLP (Deutsch, et al, 2012; Henneberger, Lawrence, & Deutsch, 2013) as well as from prior studies that have found the effects of mentoring on psychosocial outcomes to be smaller than academics (DuBois et al., 2002). Yet they reflect work on group mentoring suggesting the group format may better address social issues, particularly those with peers (Herrera et al., 2007). They further support models of youth development positing that participation in sociocultural activity fosters individual development (Rogoff, 2003) through both direct and relationally mediated pathways (Rhodes, 2005).

Academic change was the least frequently mentioned type of change. It is possible that although earlier quantitative studies revealed academic effects, these are not the most salient changes for middle school girls. Given their developmental stage, issues such as friendships, self-esteem, and behavioral and emotional self-control may be more prominent in their daily lives, and therefore more likely to be mentioned in interviews.

That mentors were the most frequently mentioned mechanism of change for academics supports prior research on mentor influence (Grossman, Chan, Schwartz, & Rhodes, 2012; Herrera, Grossman, Kauh, & McMaken, 2011). Rhodes et al. (2006) have enumerated ways in which involvement with a mentor may promote academic improvement. Protégés may be exposed to new or more frequent opportunities for learning and intellectual engagement. This may be particularly salient in programs such as YWLP where mentors are college students. Mentors are also in a position to provide scaffolding for their protégés, both supporting and challenging them intellectually. Finally, mentors may indirectly affect academic outcomes by promoting positive attitudes toward school, or offer more direct assistance with schoolwork or other academic issues. All of these processes were reported by the protégés in this study as important mechanisms of their academic changes. 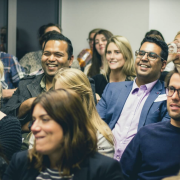 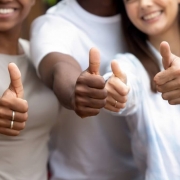 Can you schedule fun? Implications for Mentors