by Jean Rhodes Originally posted in 2017 I once took a year’s leave from academia to serve as a match coordinator in a Boston-based mentoring program. One evening I found myself sitting on the edge of a couch in a subsidized apartment conducting an intake with nine year old Kayla and her mom. Kayla’s toddler brother played […]

by Jean Rhodes Care for some direct, research-based ideas for connecting with others?  I’d recommend a book that distills the essential findings of many studies.  Friend and Foe, by Business Professors Adam Galinsky and Maurice Schweitzer or Columbia and University of Pennsylvania, respectively. Compiled by Eric Barker, the authors provide evidence-based strategies for handling the everyday relationship tensions and difficulties. Some […] 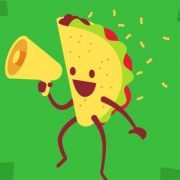 Efforts and courage are not enough without purpose and direction. John F. Kennedy by Jean Rhodes Although most youth interventions are developed in response to particular needs or goals, mentoring programs were conceived more broadly as an extension of informal helping relationships. For nearly a century, most volunteer mentors were tasked simply with building friendships […]

by Jean Rhodes For years, I was stubbornly convinced that formal mentoring programs should focus mostly on creating and maintaining deep, emotional bonds. I saw attempts to scale back on relationship length and strength, or to rely on curricula, as existential threats to the field–destined to reduce already modest effects. But, evaluations and meta-analyses of […]

by Jean Rhodes I maintain an email file of the student excuses I’ve received in my 20 years as a professor at UMass Boston. Some are predictable for college students, “I spilled coke on my computer and it turned off and won’t come back on,” or “This is embarrassing but I was several pages into […]

by Jean Rhodes and Matthew Hagler With the release of a comprehensive new report on the scope of both structured and informal mentoring, MENTOR: The National Mentoring Partnership has provided the field with important new data about the scope of mentoring in the United States. This report advances our understanding in several important ways. First, […]

by Jean Rhodes In 1979, a young psychologist named Joe Durlak published a controversial study in Psychological Bulletin that sent ripples through the helping professions. What Durlak sought to do was to combine all published studies that had compared the outcomes of experienced psychologists, psychiatrists, and social workers with those of paraprofessionals (i.e., nonexpert, minimally […]

by Jean E. Rhodes It almost goes without saying that natural mentors can be enormously influential– from early childhood through adolescence and early adulthood (Shonkoff & Phillips, 2000; Lerner & Theocas, 2006; Erickson et al., 2015). But, because such relationships can not be randomly assigned, it is actually a bit difficult to untangle their causes from […]

Editor’s Note: Given national events, and our field’s commitment to the lives of vulnerable youth, I devote this week’s column to an expert statement by from the Society for Research on Child Development (SRCD) on the effects of separating families. To read the statement by David Shapiro, CEO of MENTOR, on behalf of the National […]

by Jean Rhodes Researchers and practitioners often refer to Homer’s Odyssey, when discussing the ancient roots of mentoring. In it Odysseus appoints an old friend, Mentor, to watch over his household and son, Telemachus, in his absence during the Trojan War. By nearly all accounts Mentor was a protective, guiding and supportive figure who acted […]