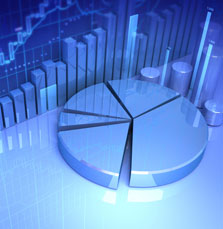 Most mentoring researchers hold advanced degrees in psychology or social work and could easily be raking in higher salaries as full-time clinicians or consultants. Yet all of us have set our sights on mentoring research. Indeed, even as I studied clinical psychology, and learned to speak the language of psychiatry during intensive years of hospital-based training, my commitment to mentoring research never wavered.  Treating the casualties of Chicago’s racial discrimination, poverty, and violence felt like trying to drain Lake Michigan with a cup. So, when I was invited to join a lucrative private practice on Chicago’s upscale Michigan Avenue, I did not feel the pull. A clinical route was never really an option. “Let us be clear,” my late undergraduate mentor George Albee had written, in an article titled The Futility of Psychotherapy, “that it is not sacrilegious, illegal or unconstitutional to choose a career as a psychotherapist in an affluent society. After facing the fact that doctoral level therapists serve primarily well-educated clients, that psychotherapy is rarely available to the poor, and is not much sought after by blue collar workers, the choice of the ‘health profession’ is no more blameworthy than the decision to become a dentist or a funeral director.” But, he went on; it is “only when the findings of psychotherapists are translated into well formulated preventive actions to correct or change the social and economic structure will it have made a significant contribution to prevention.”

This is not to say that psychotherapists have chosen a less lofty pursuit—indeed by providing direct care they are improving countless lives. But, instead of full-time private practice, we somehow felt the pull of prevention research.  And, once we got started, the process of asking and testing hypotheses became self-perpetuating. If a mentoring phenomenon can be observed, and a question formulated, “Hmmm, I wonder what the effects are when women serve as mentors to young males of color?,” then surely it can be answered! (Stay tuned, clinical Ph.D. student Stella Kanchewa has the answer.) As Zora Neale Hurston observed, “Research is formalized curiosity. It is poking and prying with a purpose.” This is not to say that the path from Q to A is easy. Funders need to be convinced, programs enlisted, research teams deployed, and peer-reviewers and editors need to be satisfied. Even then, it’s never enough just to see the work land on the pages of top-tier journal. The reward for all this toil is when the findings are translated into action. When the collective fruits are assimilated into everyday program operations that slowly, but incrementally, improve the practice of adult-relationships, well, that’s our payday.