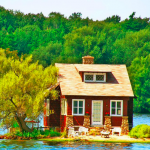 In his Sound Relationship House Theory, psychologist and marriage guru John Gottman defines the attitudes and skills that lead to strong friendships in marriage, delineating them as the “floors” or principles of good marriage. These align with research on how to build strong “working alliances” with children and adolescents in therapy. These also apply to a range of friendships, including mentorships. In the following sections (updated from earlier post), three core principles of his theory are applied to mentoring relationships.

To build a strong relationship, mentors should create a “roadmap” of their mentees’ inner psychological world, including his or her “hopes, dreams, values, and goals”. This is accomplished by asking questions and remembering the answers. Indeed, in a recently published study, my colleagues and I  found that 15 year olds described being “gotten” liked, and understood specifically in terms of adults remembering things from previous conversations, e.g., “How did that skateboard competition go? What was your aunt’s wedding like?” These kinds of touch points signal  that the adult was not only fully present during the conversation but internalized it. Adults should ask open-ended questions that they are interested in knowing the answer to, not closed, perfunctory questions. Such questions are particularly salient for children and adolescents, who are struggling to determine who they are. Criminal defense lawyer, Socrates De La Cruz, once described the salience of being asked about his goals. “When I first met [basketball coach] Steve, I was the product of the housing projects, a product of a single-parent home looking for guidance and attention. I was in and out of trouble. One day Steve took me aside and said, “Do you know what the word goal means?” I knew what a goal was in hockey or soccer and I knew what a field goal was in basketball, but when he started talking about setting goals and trying achieve goals, it was like he was speaking Chinese … it was just one conversation, one afternoon on the baseketball court, but it opened a door in my life.”

Dale Carnegie famously wrote that “The royal road to a person’s heart is to talk about things he or she treasures most,” observing that you can make more friends in two months by becoming genuinely interested in other people than you can in two years of trying to get people interested in you.” We all know this, but the pull to talk about ourselves or space out, or to glance down at our watch or an incoming text can damage the sense of being liked, heard, and understood. Such feelings may increasingly arise in our wired society, where gentle conversations compete with a barrage of compelling distractions. Indeed, in a recent survey, we found that the strongest predictor of youth’s feelings of alienation in mentoring relationship was when they endorsed the item, “I feel ignored” or noted that the mentor didn’t listen.  Explicitly teaching mentors listening skills as well as the importance of putting away their phones and other distractions and focusing on their mentee during the time they are together may be helpful in this regard.

Mentees may be more likely to open up when there’s fun and levity in the relationships. In our study, laughter and joking around was high on the list of things that made the 15 year old feel understood by adults. Humor appears to be particularly effective strategy for encouraging feelings of closeness and willingness to disclose. As our research shows, even finding things that mentors and mentees mutually dislike–e.g., a football team, food–can lead to a sense of connection. A growing number of studies — including one highlighted in a previous issue–have highlighted the value laughter, as it encourages people to open up. Even if there is humor, few youth will open up if trust is lacking. In fact, the two main factors that define trust are reliance (relying on another’s skills, knowledge, judgement, or action) and disclosure (sharing information of a sensitive nature) (Dietz, 2011; Gillespie, 2012). In other words, youth need to know that their mentors are reliable, honest, tuned into them, and protective before they will confide about their hopes and dreams (Rotenberg 2012).  Through an intensive analysis of data on trust, my colleagues and I  (Levine, Spencer, & Rhodes, 2017), found that a key determinant of trust was transparency and consistency around scheduling meetings.  Mentors’ occasional disclosures of something personal about themselves was also helpful, as it signaled that the mentor had trust in the youth.

“Our deepest desire is to be appreciated, so show genuine appreciation–not through flattery but through praise of specific behaviors and attributes.” Dale Carnegie

Gottman describes this principle as not only noticing but expressing appreciation for positive attributes. As he notes, it’s basically “a habit of mind that scans our world for things to admire, be proud of in our partner, and appreciate. This is the opposite of a critical habit that scans for our partner’s mistakes. Then the appreciation needs to be expressed verbally or nonverbally—it can’t stay hidden. This is the idea of catching someone doing something right and thanking them for it, of actively building a culture of appreciation and respect in the relationship.” Of course, mentors also need to feel valued and appreciated as well. In one study of mentor-youth dyads, we found that mentors’ sense that their mentees were not improving, would rather be doing something else, or were not interested in the relationship contributed to mentor’s negative perceptions of closeness.

Have a “Toward” orientation

Gottman has observed that, in any interaction, there are countless ways, both verbal and nonverbal, that people let their needs be known. They’re making what he calls “bids” for emotional connection: “They are asking for attention, interest, conversation, humor, affection, warmth, assistance support and so on. These tiny moments of emotional connection form an emotional bank account that gets built over time…the fundamental law of turning toward is that it leads to more turning toward.”

In Renee Spencer’s interviews with successful mentors, she uncovered an exquisite example of a mentor taking a “toward” approach during unexpected phone call made all the difference and was the turning point in Molly’s relationship with Alana, her seventeen-year-old mentee. During their first meeting, Alana reminded Molly of a hypervigilant deer, and in each subsequent meeting Alana seemed to waver between seeming indifference and ever-so-slight engagement. Alana had grown adept at forcing relationships to their breaking point, thereby confirming her initial suspicions that adults could not be trusted. Undaunted by this protective posturing, Molly persisted, intuiting that, deep-down, Alana had an aching need for connection.

Her patience was rewarded one afternoon when a tentative Alana phoned Molly at work, asking her if she had a minute to talk. “And this was a huge step because it was the first time that she had called…I was juggling all kinds of things and immediately, I was like ‘Absolutely!’ I just decided that I needed to drop everything at that moment because it meant so much to me that Alana had reached out. And I was gonna make it happen, you know?” Molly’s unflinching “toward” response was spot on; a gossamer thread had been thrown her way and she was intent on catching it. Molly instinctively knew that Alana would sniff out even the slightest hint of hesitation. Instead, her warm, matter-of-fact response was pitch perfect. Molly worked through the angles of Alana’s difficult encounter with a teacher that day, ultimately paving the way toward a stronger connection and Alana’s deeper commitment to the broader goals of their mentoring program.

Psychologists often talk about developing and maintaining strong relationships in terms of a “working alliance.” An alliance or partnership is thought to consist of related components including a warm bond, agreement on the goals, and an agreement on the strategies for reaching these goals. Although evidence for strong working alliances is correlational, studies have highlighted their importance. Researchers have identified a range of helping behaviors, or “common factors,” that seem to foster strong alliances including positive regard, expressing empathy, agreement on the goals of the intervention, and fostering a sense of collaboration These and related findings, which highlight the importance of a strong alliance, are helping to settle the falsely dichotomous “either or” debates about the relative contribution of relationships versus targeted, evidence-based approaches. In some cases (e.g., when youth have insecure attachments), the very process of gaining trust and building an alliance may be therapeutic in its own right. Additionally, for youth who may lack caring adult support in their daily lives, a strong bond with a volunteer mentor can make an enormous difference in their sense of self and identity. But programs cannot bank on close, transformative bonds as a matter of course. There will always be extraordinary relationships that deepen over time, but all mentors should be well prepared to build and maintain a “sound relationship house” that is sufficiently strong that youth remain engaged in the tasks at hand. 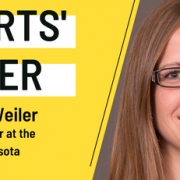 Mentoring relationships as a context for service delivery: What do you think?